On Saturday, August 27, 2016, our hearts grew heavy upon hearing of the passing of Bob Santos, known to us and to the rest of the Chinatown International District as Uncle Bob.  Our condolences go out to Uncle Bob’s wife, Representative Sharon Tomiko Santos, and his family at this time, and we mourn the loss of one of our community’s greatest leaders.

Uncle Bob was a legend and a fixture in this neighborhood and in the greater city of Seattle.  His legacy is visible throughout the streets of the CID—in the smells wafting out of neighborhood restaurants; in the bustling energy of family-owned shops; in the faces of neighborhood residents both young and old.  We see him in the community—in the thrum of community night markets, spring clean-ups, and alley parties; in the throngs of friends dancing and singing karaoke in our bars; and in the hardworking neighborhood organizations dedicated to sustaining the hard work and care Uncle Bob put into this community.  Uncle Bob’s impact was great, and our world is darker without him in it.

As many of us in the community know, Uncle Bob was a vital civil rights activist in the 1970s, fighting for racial and social justice alongside fellow activists Roberto Maestas, Larry Gossett, and Bernie Whitebear, known as the Gang of Four.  He paved the way for generations of minorities, people of color, and of those from immigrant communities to have rights as equal as the rights of any other citizen in this country.

Uncle Bob served as the Executive Director of SCIDpda from 1989-1994.  In those years, he accomplished some of SCIDpda’s greatest work, including the acquisition and planning of the International District Village Square (IDVS).  His vision for IDVS was one of the single most important developments in the nation, bringing together senior living, day care, a community center, and a library all within the same development.

We will miss Uncle Bob’s contagious energy, his warm smile, and his dance moves.  We grieve his absence but celebrate all he accomplished in his lifetime.  In reflecting upon his legacy, we are reminded of the importance of our work, and we will do our best to continue preserving and promoting social and racial equity in this community, as we know he would.  Thank you for everything you did for us, Uncle Bob.  Rest in power. 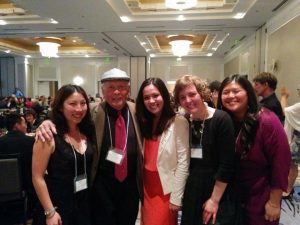