The Seattle Housing Authority (SHA), Seattle Chinatown International District Preservation and Development Authority (SCIDpda), and Community Roots Housing (CRH) announced a joint venture to develop 156 apartments of affordable homes for working families in and around the communities of Yesler Terrace, Little Saigon, and the Central District. This is the first known formal collaboration across two Community Development Corporations in U.S. history, an early milestone worth celebrating for a project estimated to be completed in 2021.

We will have regular updates about our project.  You can find them on this page or sign up and get it directly to your email! 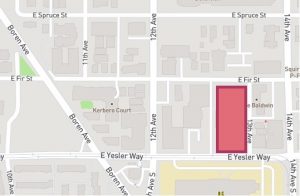 Contact with questions via email: Jamie Lee at REdevoutreach@scidpda.org.  (note:  any information collected may be made public.)